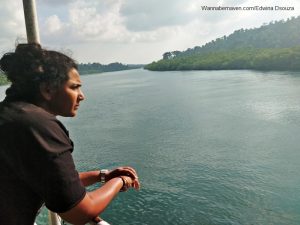 The Andamans sets a dreamy picture for the intrepid traveller looking to get away from the city’s hubbub. The island is a part of India and yet so aloof. And the beaches here can give South Europe a run for its money.

The capital of Port Blair is the gateway to the Andamans and its many beautiful islands like Havelock, Ross and Neil Islands. But one would be wrong to say that the Andamans is only about the sun, sea and sands. Venture inland and the Andamans surprises you with its dense rainforests, mangroves, creeks and some of the rarest natural wonders unique to this place. A fitting preview to that is the Baratang Island in the Middle Andamans, which is a haven for nature lovers, birders and those who seek all things wild. Photography enthusiasts will have a field day soaking in sceneries that look straight out of a Natgeo documentary.

Venture inland and the Andamans surprises you with its dense rainforests, mangroves, creeks and some of the rarest natural wonders unique to this place

A Baratang Island day trip from Port Blair is easily doable and an ideal way to explore this untouched region in the Andamans. Bookmark this ‘to-do’ list for your visit. 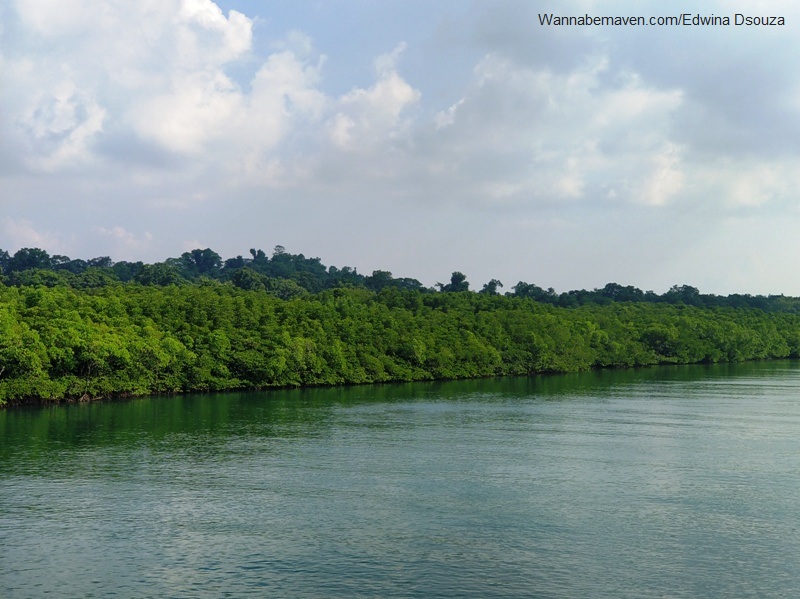 Land of the Jarawas

You’ll enter the Baratang Island via the Grand Trunk Road, Andamans’ only highway connecting the south to the north. Unlike its name, there is nothing grand about this road. It’s a three hour back breaking journey until you reach Jirkatang, which is the check post to cross the Jarawa tribal reserve. The Jarawas are one of the oldest existing human races in the world, who have shunned interaction with society. Estimates say that only about 250 to 300 Jarawas remain and they still practice hunting and gathering as a means of survival.

The Jarawa tribal reserve is a protected area by the Government; hence tourists are only allowed to enter this region thrice in a day and always in a convoy at a speed limit crossing no more than 40kmph. Throughout the 50km stretch, tourists are not allowed to stop their vehicle or take any photographs and videos. It’s an experience one captures with the eyes and not the lens, as you see the tribes co-exist alongside modern civilisation in the present day world. 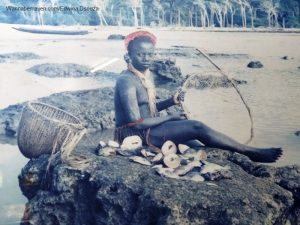 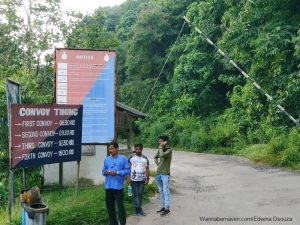 The limestone caves in the Andamans are one of the most prominent attractions in the Baratang Island. The stalactite and stalagmite formations here may look smaller if you’ve visited the limestone caves at the Araku Valley or Meghalaya, but they have a charm of their own. Formed by the compression of over millions of years of gradual deposits of marine life, corals and skeletons; these limestone caves date back to the pre-historic age.

A torch would be a handy friend as you find your way inside the dark and eerie caves with a temperature at least 2 degrees cooler than usual. Brace yourself to identify faces of humans and deities in the limestone formations as the local guide takes you through a brief tour. 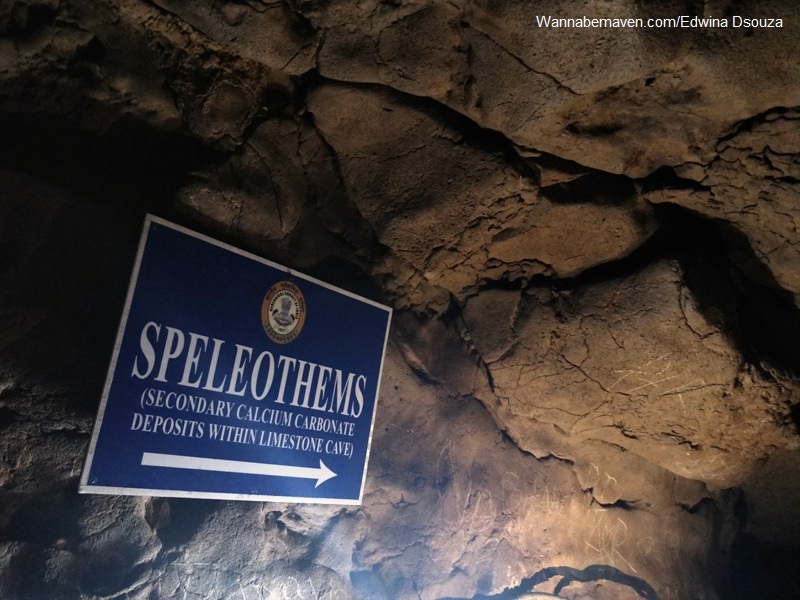 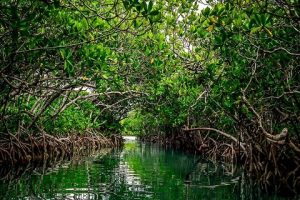 Over 13% of India’s mangrove forests are in the Andamans and a sizeable number belongs to the Baratang Island. On the way to the limestone caves, one rides on a boat along a creek through a dense mangrove tunnel that looks like a scene straight out of ‘Indiana Jones and the kingdom of the crystal skull’. The occasional chirping of the birds and crickets is just the background score you need to complete the picture in your head.

The journey by boat is great for birding and you may even spot salt water crocodiles, idling away along the water’s edge in the mangroves. These reptiles are known to thrive in the marshlands and the inlets near the middle strait jetty at Baratang are conducive to them.

Not only is the Andamans home to the only active volcano in India at Barren Island, but also has the unique mud volcanoes. In the Andamans, 11 mud volcanoes have been reported and eight of them are in the Baratang Island, while three are in Diglipur in Northern Andamans. These mud volcanoes are remnants of the 2004 Tsunami that rocked most of Asia. The effects of that natural disaster can be seen till date, where the earth is letting out trapped hydrocarbon gases in the form of cold mud bubbles in periodic pops.

The mud volcanoes at Baratang are 6km from the jetty. The roads are not in the best of conditions, and one further requires doing a short hike to get there. 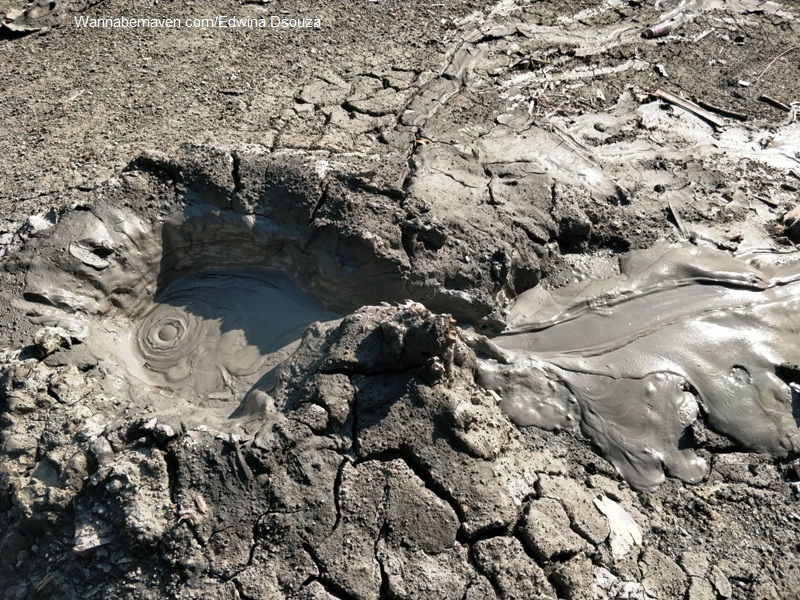 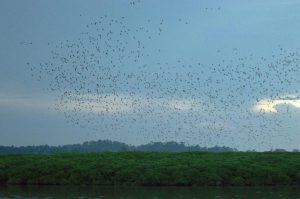 A small un-peopled island in Baratang is home to one of the world’s largest parrot habitats. Thousands of parakeets roost here in the evenings and leave the next morning only to return again in the evening, trimming and perfectly pruning the forest during this cycle.

The Parrot Island is an experience in itself, where these birds fill the sky every evening making for one of the best sunsets you’ll ever see. Birding enthusiasts from across the world often come visiting the island to catch a glimpse of this spectacular marvel.

Boats to the Parrot Island start only after 4pm, so an overnight stay in Baratang is suggested.

The Baratang Island is 90km from Port Blair and regular bus services are available from the bus terminal at Aberdeen Bazaar. The journey takes approximately three hours by bus.

An ideal way for you to do the Baratang island day trip would be to start by 4am from Port Blair and reach back in time for the last convoy before the Jarawa tribal forest reserve gates close at 6pm.

Where to stay – Port Blair hotels

Port Blair was mainly a gateway for us to enter the island and move onwards to Havelock and Diglipur. We did, however, spend one night in Port Blair where we stayed at the Aashiaanaa Residency Inn. The rooms are very basic but ideal for the price you pay of about 700 Rs. per night. They have a restaurant too, in the adjacent building and the property is centrally located, so that’s a plus.

Other hotel suggestions in Port Blair –

Megapode Resort is a Government tourist hotel with a nice location and good reviews.

Fortune Resort Bay Island is great if you’re in the mood to splurge. 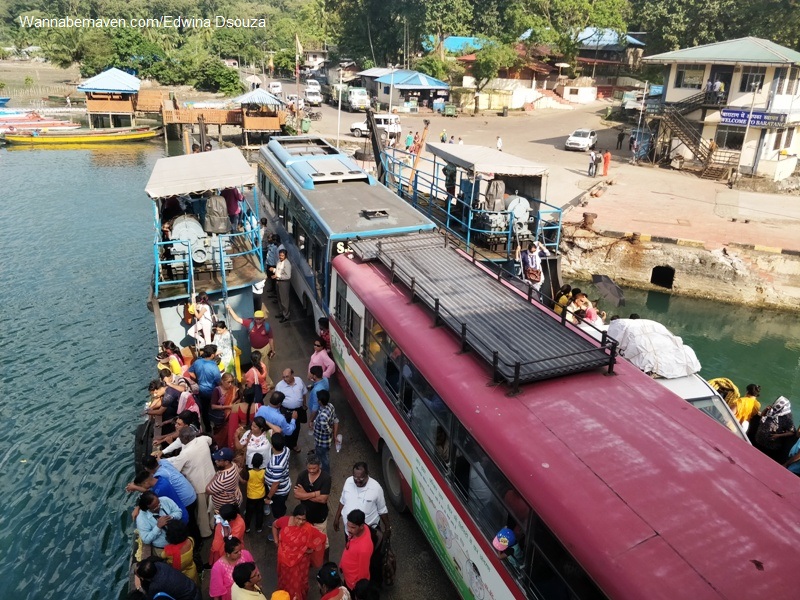 A complete guide to backpacking in Sri Lanka

A corporate slave’s itinerary to Kanyakumari from Mumbai

Subscribe to this blog to receive my bi-monthly newsletter with cool travel stories, updates and deals and discounts in your inbox