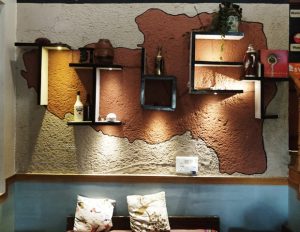 Like most big cities around the world, Delhi is a potpourri of people and cultures. Millions find their way into the city to fulfill their dreams and aspirations. Among them is a refugee community with a dream of a different kind…to go back to Tibet once their country is free. Until then, they live in a tiny neighbourhood in North Delhi called Majnu ka Tilla.

When a 15th century Sufi saint attained enlightenment after meeting Guru Nanak, the ‘Gurudwara Majnu ka Tilla’ was built to honour the Sufi’s passionate devotion. Centuries later, the region is now popular as mini Tibet. How did that happen?

After the Tibet Uprising in 1959, Dalai Lama went into exile and about 8000 residents from Tibet left with him. While some settled in Mcleodganj in Himachal Pradesh, few others found their way to Delhi. After the Indo-Chinese war in 1962, many more residents had to leave Tibet and a large number of them settled in the Tibetan refugee colony in Majnu ka Tilla, a piece of land which the Indian Government officially allotted to them to call their home. More recently, Majnu ka Tilla was rechristened as New Aruna Nagar, although people still refer to the colony by its former name.

Home away from home

Majnu ka Tilla is home to many second and third generation Tibetan refugees. They have grown up in Delhi listening to tales of Tibet from their families who had to go through the painful ordeal of leaving their country. Today, the people of the community live a closely knit life trying to preserve their cultural lineage.

With about 400 Tibetan families permanently living in Majnu ka Tilla, it’s a country packed into a neighbourhood

With about 400 Tibetan families permanently living in Majnu ka Tilla, it’s a country packed into a neighbourhood. Children are taught to read and write the Tibetan script at home schools. Tibetan prayer flags flutter across balconies and terraces. Monks stroll through the narrow alleys in their deep red robes; and residents gather over a cup of butter tea to chat in their local language.

The monastery square in the heart of Majnu ka Tilla has a Buddhist temple with prayer wheels and a picture of his holiness Dalai Lama. Incense smoke fills the air during the evenings along with soft prayer chants which can be heard from a distance. One can only imagine the vibe of this place during Losar, the Tibetan New Year. 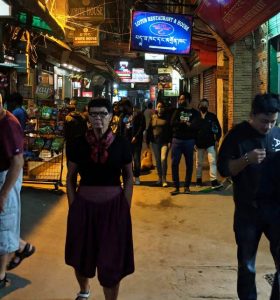 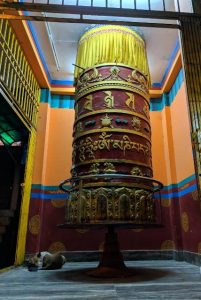 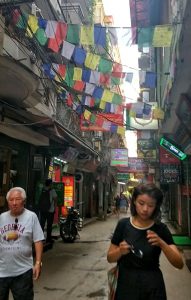 What intended to be a refugee colony for the Tibetans, has today turned into a thriving multicultural society, expanding to include the Nepalese and North East Indian diasporas. The residents are not only preserving their cultures but making it accessible to outsiders and in doing so, generating tourism.

Residents are not only preserving their cultures but making it accessible to outsiders and in doing so, generating tourism

Majnu ka Tilla sees a floating population of thousands of backpackers in search of budget hotels in Delhi. The region is popular with the students of North campus of Delhi University for its close proximity.

The Majnu ka Tilla market sells everything from junk jewellery to bags, caps and t-shirts with ‘I love Tibet’ written on them. Grocery stores have imports like Tibetan spices, pickles, yak butter, cheese and biscuits. Souvenir shops sell handmade carpets and masks. There are pharmacies, foreign exchange and even travel agents selling package tours to Dharamshala, Sarnath and Bodh Gaya. By all means, Majnu ka Tilla isn’t a Sarojini Nagar for steal deals, but you’d be surprised to find some trendy clothing and first copy shoes.

Delhi is notable for its food scene. From regional thalis to the best fine dine restaurants and fusion eats, there’s something here for everyone. Majnu ka Tilla adds a whole new dimension to the capital with its authentic Tibetan, Nepalese and Korean cuisine at budget friendly prices.

For a proper Tibetan meal, head to the Himalaya restaurant. Non-experimentalists can stick to Thukpa (noodle soup with chicken or pork) and Tibetan Pork ribs. The adventurist can dive into some buff (buffalo) momos. For mains, try Tingmo or Tibetan soft bun along with buff shapta (buffalo and vegetables in semi gravy) or some Chicken garlic rice.

Oldies like the Dolma House, Rigo and Wongdhen House are other favourites for local specialities like Gyuma (Tibetan sausage), Shabalay (fried momo) and Chaylay (buffalo tongue sautéed with spices). To complete the meal, head to Ama’s cafe for desserts where the Mud cake, Yak Tibetan Cheesecake and Butter tea is to die for. 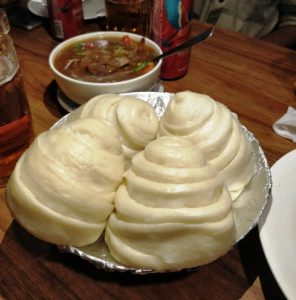 How to reach Majnu ka Tilla

Looking for hotels in Delhi?

Click here to find the best deals on hotels in Delhi.

Other posts from Delhi:

A museum for toilets in Delhi