Home Madhya Pradesh A lesson in history in Maheshwar

A lesson in history in Maheshwar

I got my answer in Maheshwar! 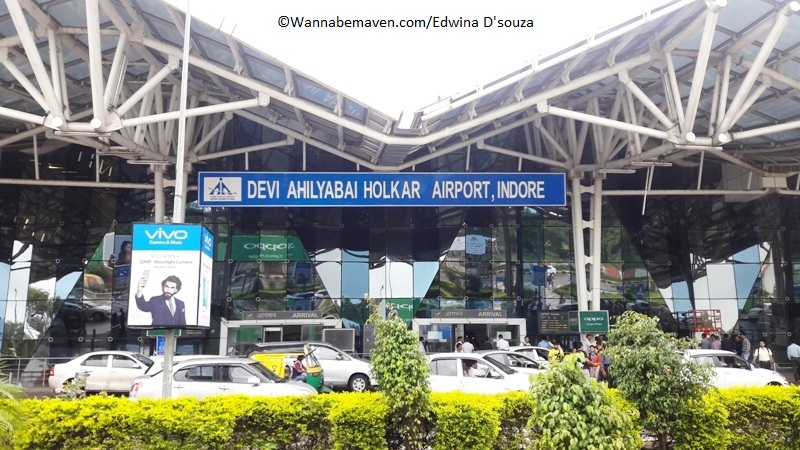 We took a detour to Maheshwar on our two nights and three days trip to Indore, Ujjain, Mandu and Omkareshwar. Maheshwar is popular with pilgrims as much as it is with tourists. I am hardly a religious person. So Maheshwar for me was more of a lesson in history.

Remember the film Bahubali and the fictional kingdom of Mahishmati? Turns out, Maheshwar is also known Mahishmati. The ancient city has been mentioned many a times in the Ramayana and the Mahabharata. Although that’s not the history lesson I took home. 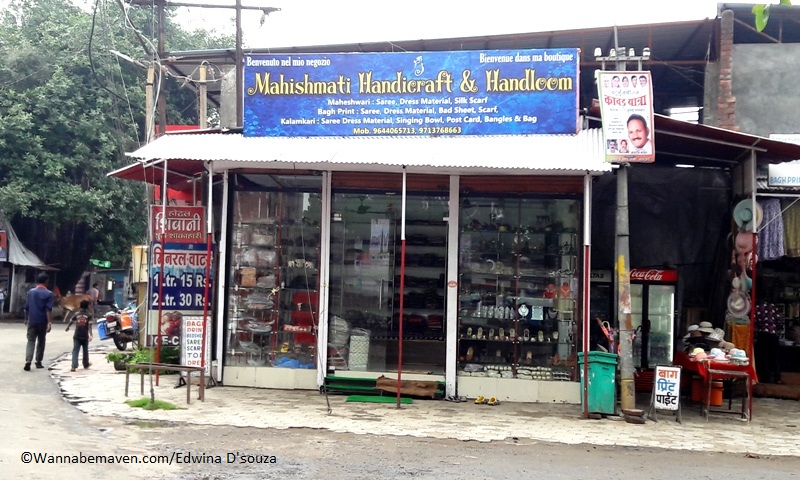 Maheshwar was the capital of the Malwa region during the Maratha Holkar dynasty till 1818. The region saw several kings, but it is said to have flourished the most under the rule of a queen – Devi Ahilya Bai Holkar.

Devi Ahilya Bai’s journey as the queen of the Holkar dynasty was eventful, tragic even. She was born in a village in Ahmednagar, Maharashtra. At 8, she got married to the king of the Holkar territory, Khande Rao Holkar. By 29, she was a widow and almost committed sati. Her father in law, Malhar Rao Holkar refused for her to participate in the custom. She went on to assist her father in law in the administration matters of the kingdom. And when her father-in-law died, she was elected to rule the kingdom. 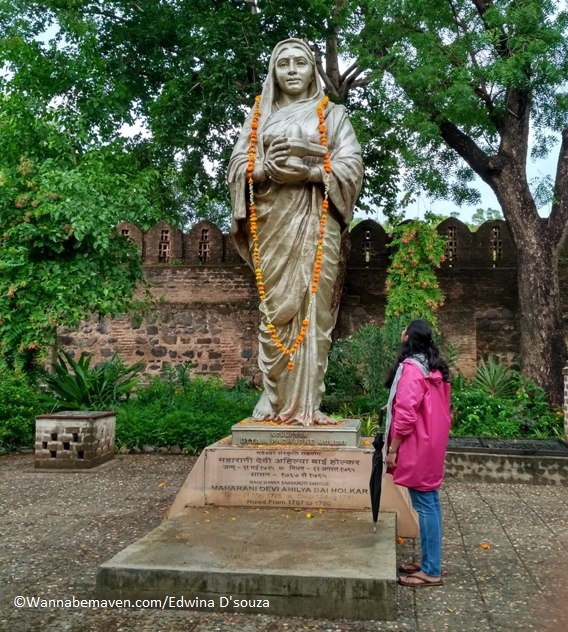 At the height of her rule, Devi Ahilya controlled half of Madhya Pradesh. It was she who moved the capital from Indore to Maheshwar and built the stunning Ahilya Fort on the banks of the Narmada River. Her tenure as the ruler is considered to be the most prosperous period for the Malwa kingdom. Schools and colleges were built, communities lived in harmony. She was an ardent Shiva devotee akin to Meera bai’s devotion for Krishna. She donated generously towards building temples, dharamshalas and baoris (wells) in cities across India like Varanasi, Dwarka, Haridwar, Rameshwaram, Pushkar and Pune.

Devi Ahilya’s rajwada in Maheshwar was a modest home – simple and elegant, unlike the flashy forts we see in Rajasthan. It’s a pity then that more than half of the palace has been converted into a luxury heritage hotel. The area open to tourists include the durbar hall where Devi Ahilya conducted meetings with the administration and the aangan (courtyard), both on the ground level. 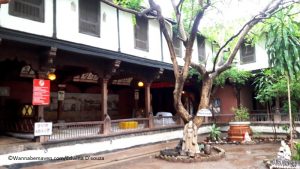 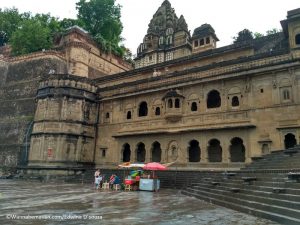 A stairway leads us towards the fort that has some intricately carved chhatris of the Holkar rulers. Walk a little further down towards the ghat and you’ll have to yourself the majestic Narmada River. I understood why people called Maheshwar the Varanasi of Madhya Pradesh, although an absolutely unfair comparison! 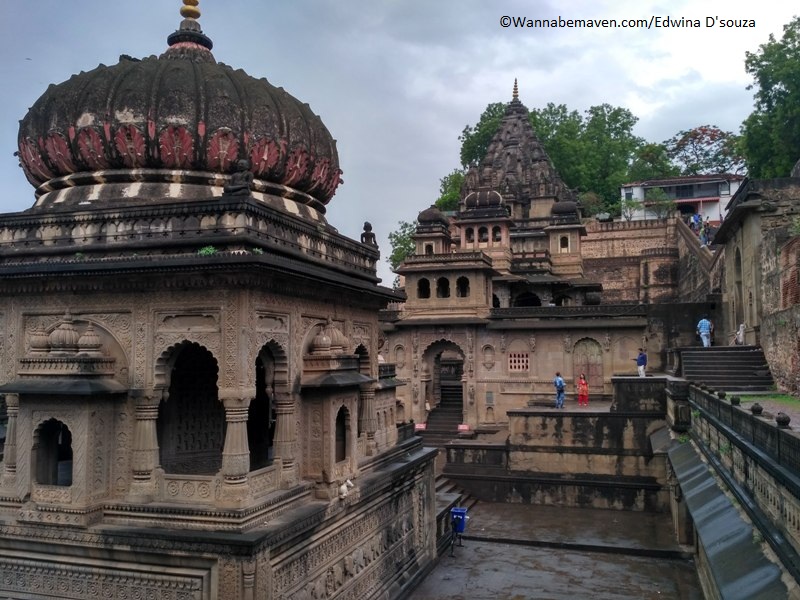 The everyday scene at the ghat is serene. Devotees took a dip in the holy river, others sat along the stairway to watch the sunset. Tiny shrines dotted the entire stretch of the ghat. Boats took tourists for a ride on the Narmada and promised beautiful views of the Ahilya fort from the other side. 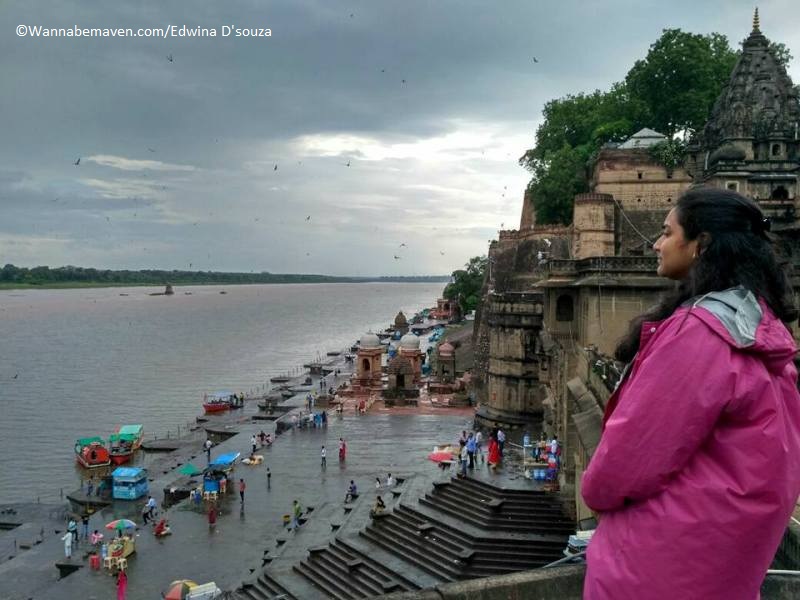 A quiet moment at the Ahilya fort overlooking Narmada

Maheshwar is well known for its Maheshwari sarees, made popular by Devi Ahilya Bai Holkar. The city once had a thriving handloom weaving industry during the 5th century. The near-death of the art, motivated Richard Holkar, the scion of the Holkar dynasty to start the Rehwa Society in 1979. If you’d like to know more about Maheshwari sarees and the art of handloom weaving in Maheshwar, Rehwa Society is a great place to begin. The centre is built within the Ahilya fort and hosts several workshops and factory visits for people from across the world.

Maheshwar is 90km from Indore and 220km from Bhopal. The nearest airport is in Indore. Buses ply regularly from Indore to Maheshwar. Although a car is the preferred way to go for most visitors. We hired a cab from Indore to cover Mandu, Maheshwar and Omkareshwar.

Maheshwar is best visited during monsoons when the river brims with water and the weather is cool. Else summers can be harsh and so do winter afternoons.

Where to stay in Maheshwar

If you’re willing to spend, there can be no better option than the Ahilya fort heritage hotel – the erstwhile residence of the Holkars. A moderately priced option is the Labboo’s cafe and lodge just outside the fort. It is said that Laboo’s cafe was once a soldiers’ den to protect the Ahilya Fort. 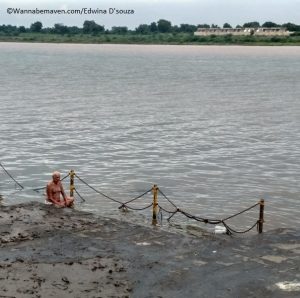 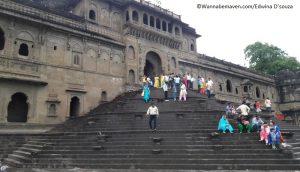 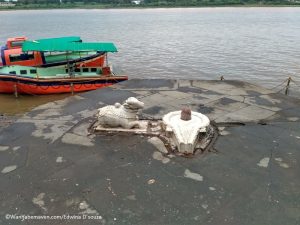 Everyday scenes at the ghat at Ahilya fort

A foodie’s guide to Indore