The last time I visited a royal palace was the Buckingham palace in London in the summer of 2010. Cut to present, in my road trip to Gujarat, I saw the magnificent Laxmi Vilas Palace in Vadodara that (might I say) is as much royal as the Buckingham Palace. 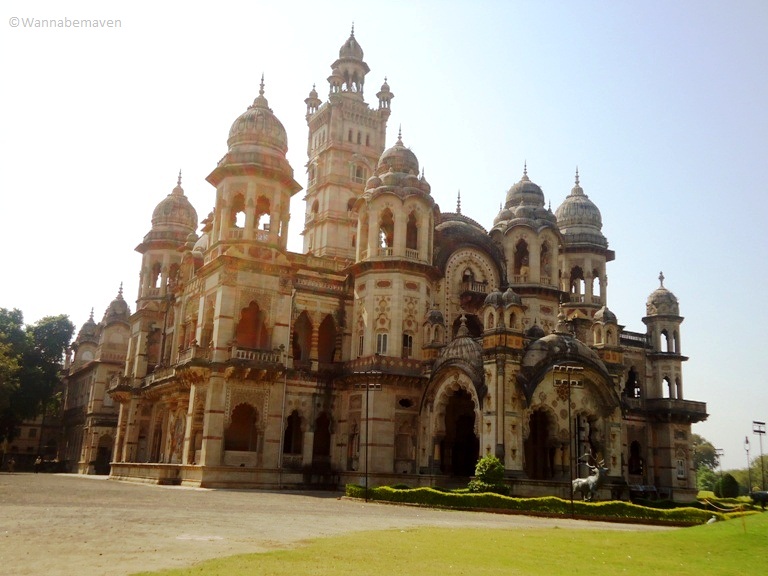 The Laxmi Vilas Palace is the home of the Royal Gaekwad family who were once the rulers of the princely state of Baroda right until Indian independence. Maharaja Sayajirao Gaekwad III, a futuristic ruler had initiated the work on this majestic palace in 1878. The structure was completed in 1890, 12 years later and is named after Sayajirao Gaekwad’s third wife, Rani Laxmibai from Thanjore.

Laxmi Vilas Palace was one of the costliest palaces of its time. It is, today, considered one of the largest private resident homes in India. Maharaja Ranjitsinh, great grandson of Sayajirao Gaekwad continues to live in the Laxmi Vilas Palace until this day along with other members of the royal family.

Some of the sections of the palace which hold historic value have been kept open to visitors under the discretion of the royal family. 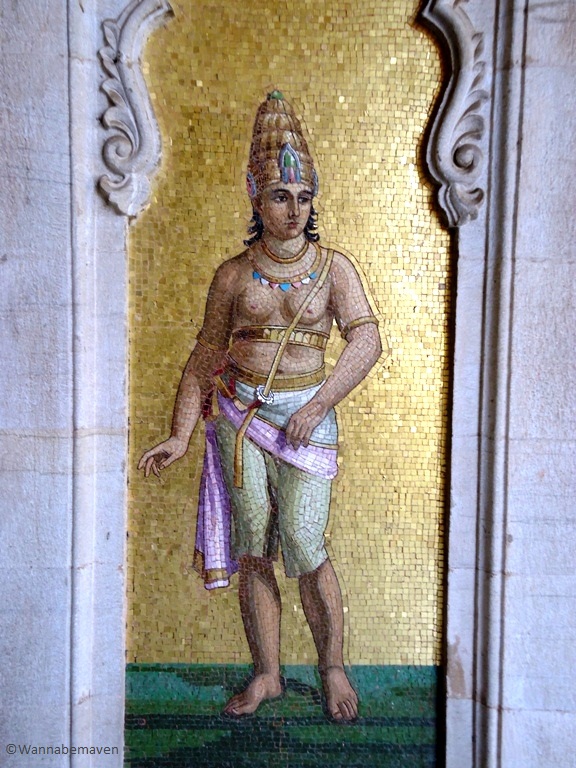 We arrived at the Laxmi Vilas Palace, clueless of what to expect since most palaces in India are either turned into exotic hotels, government restricted property or even worse, dilapidated. The visit however, was none of the three.

Laxmi Vilas Palace is one of the most interesting tourist attractions in India with an architectural structure that was meticulously designed to match the stature of the royal Gaekwad family.

Visitors have access to the following sections inside the Laxmi Vilas Palace:

The Sunken garden and the Peacocks Urn mark a great start to the tour and both sights are extremely pretty. It is here that visitors get a panoramic shot of the Laxmi Vilas Palace. 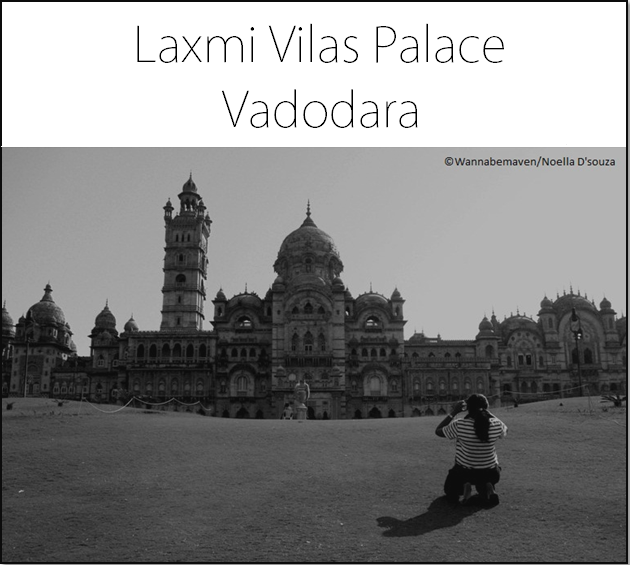 The sunken garden has a championship golf course also known as Baroda golf course that is open to members. A small section of the garden is today leased for weddings, parties and corporate events. 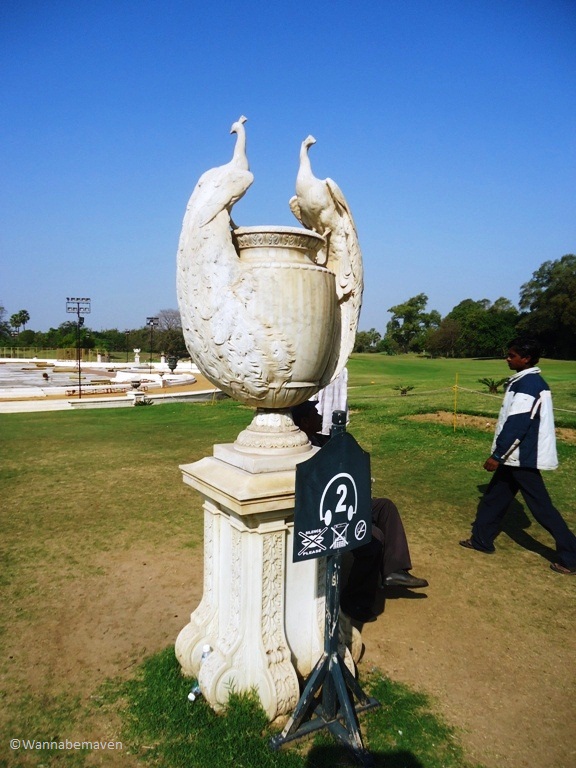 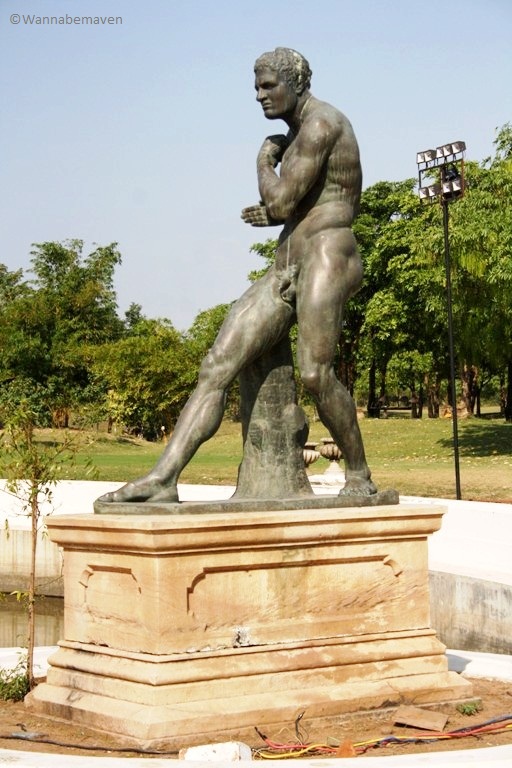 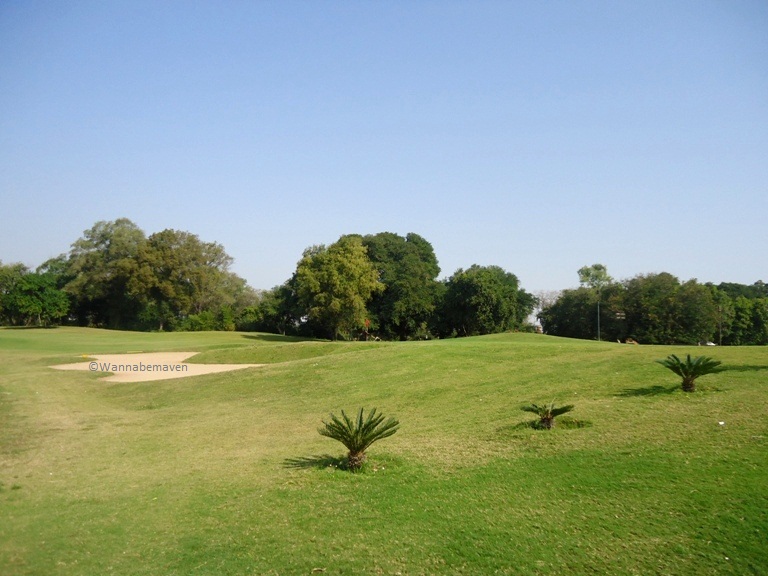 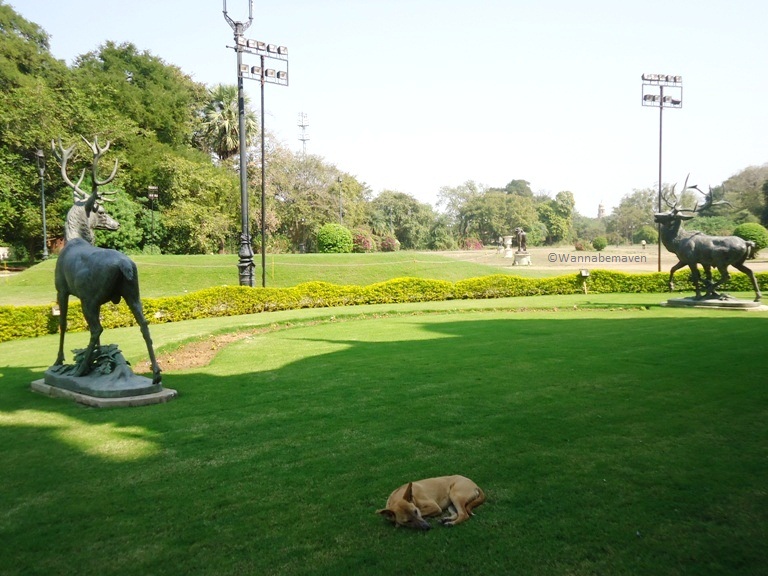 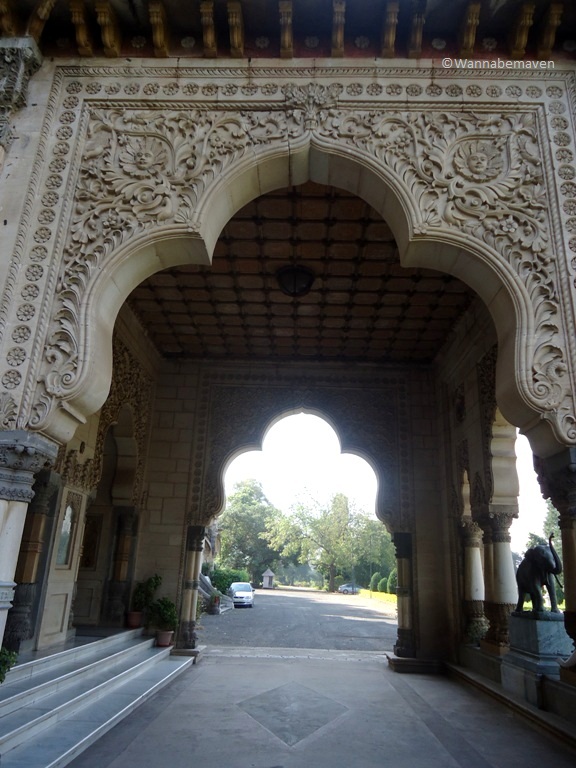 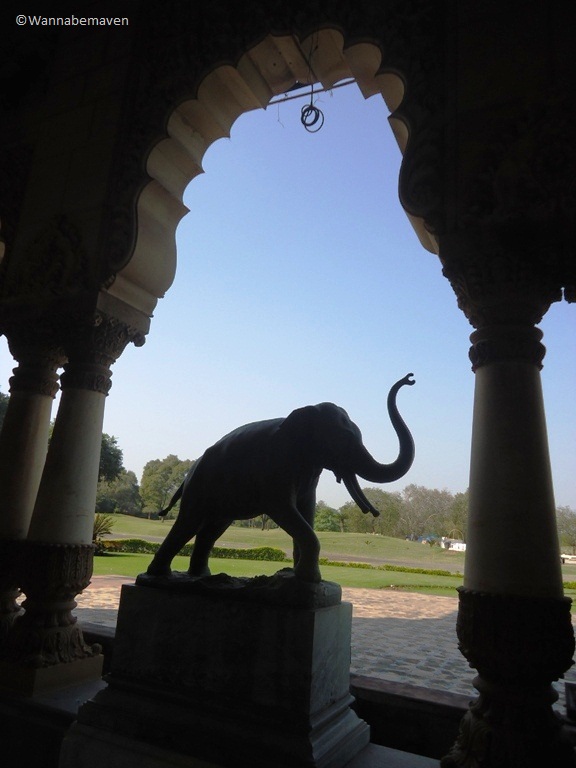 The room of Royal Armoury boasts of weapons used by the Gaekwad family themselves. It also displays weapons used by Guru Gobind Singh and rulers such as Aurangzeb and Shivaji Maharaj.

The Coronation hall is a simple room with great significance since Maharaja Pratapsinh, Maharaja Fatehsingh and Maharaja Ranjitsinh have all been crowned here. Barring the exclusive mythological paintings by artist Raja Ravi Varma, the room is minimalistic with a plain white cushion while attendees sat on the floor.

(Note: I was unable to share pictures from inside the palace since photography was prohibited) 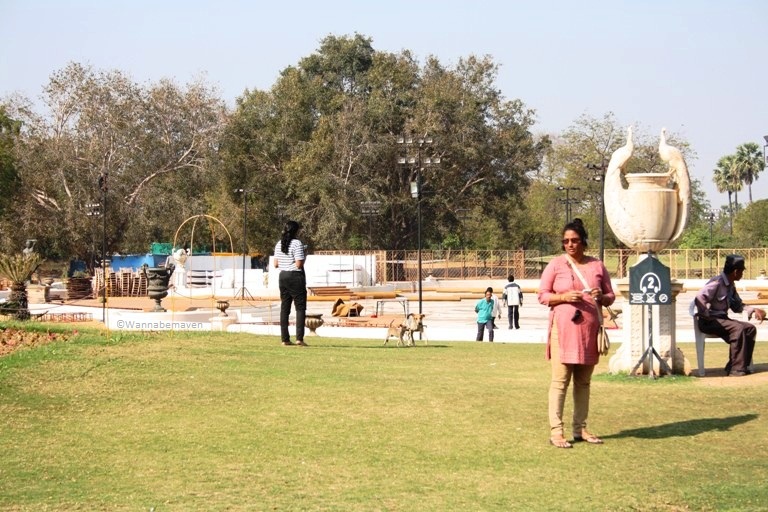 A very informative audio guide facility is included in your visit. In between explanations, there is a brief monologue of Maharaja Pratapsinh on his experience of being brought up in the palace. A candid revelation has him speak about how it was sometimes annoying that trivial stuff like evening tea would take half an hour to arrive since the palace was so huge. 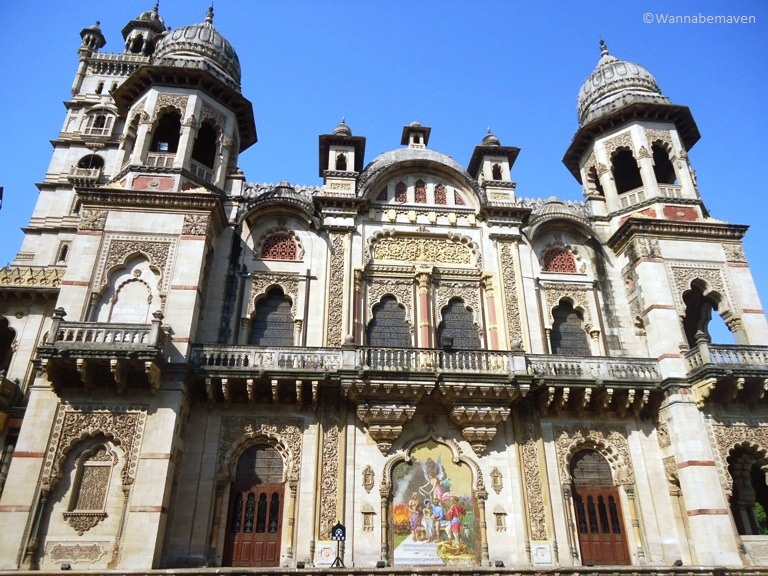 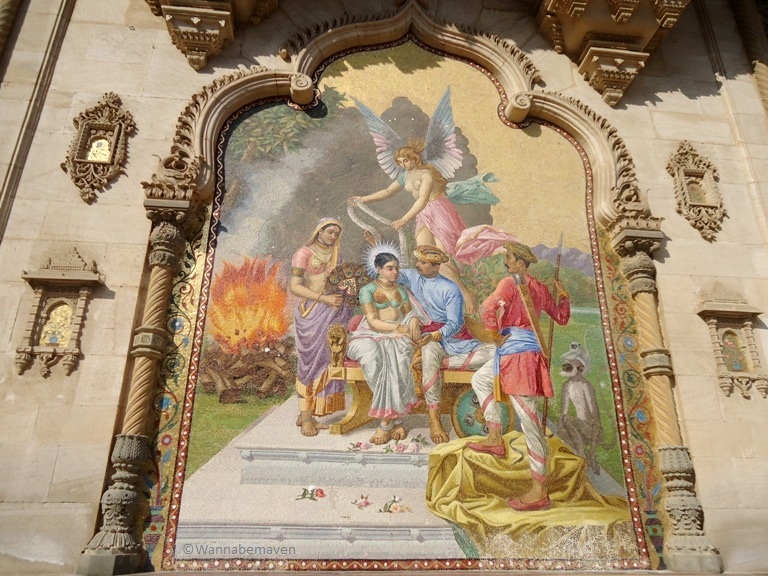 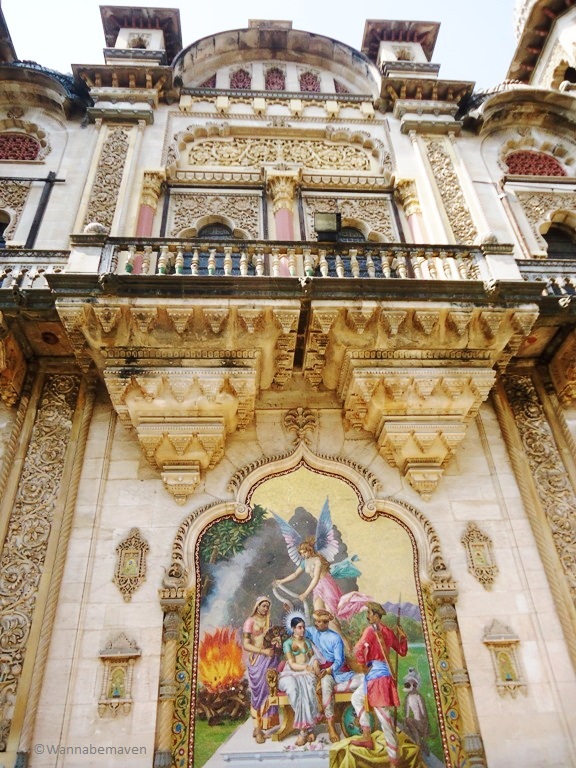 Interesting facts about the Gaekwad family and the Laxmi Vilas Palace 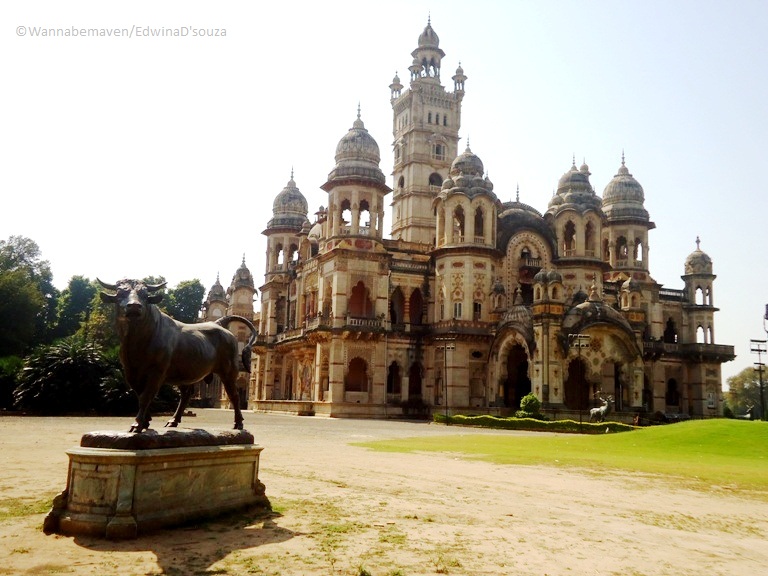 There is a souvenir shop inside the palace and we very excitedly bought home a Laxmi Vilas Palace mug as a memorabilia. 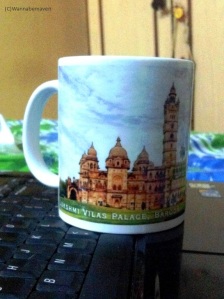 Entry to the palace is open on all days except Monday between 9:30 am and 5 pm. Entrance ticket to Laxmi Vilas Palace is Rs. 150 per adult. The ticket cost includes an interactive audio guide that makes the money worth it. Visitor vehicles are allowed inside the palace premises and there is parking space allotted. Photography is allowed only from the outside. No photos can be taken inside the palace. 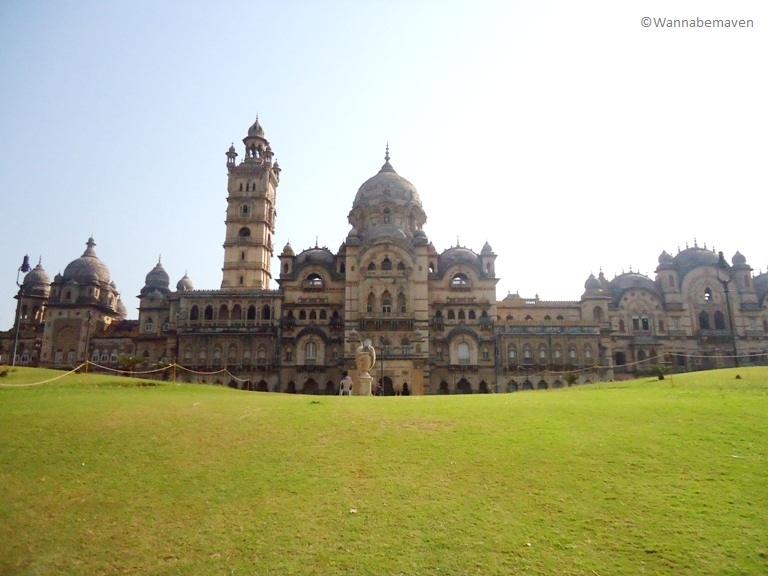 (Note: Ticket prices were correct at the time of publishing this blog. For updated information about prices, please check their website or contact their office)

Subscribe to this blog to receive my monthly newsletter in your inbox.